Pandemics, natural disasters, humanitarian catastrophies…. these events are almost impossible to predict and very hard to model, which makes them one of the most challenging areas for simulation. This September, DBSS is gathering industrial and academic experts to talk about the use of simulation for calamity analysis.

Dr Bruno Desart first worked at Namur University, Belgium, as a researcher in artificial intelligence, and then joined the European Space Agency (ESA), as a Product Assurance Engineer.  After having worked in the space industry, he joined the European Organisation for the Safety of Air Navigation (EUROCONTROL) in 1993, where he has held many leading roles in Air Traffic Management, including:

Bruno Desart graduated as an Engineer in Mechanics/Robotics and holds a BSc and MSc in Computer Science; he also holds a MSc in transport management and a PhD from Civil Engineering department, Loughborough University, UK, in the field of Airport Planning & Management.  He has been a guest lecturer at Loughborough, Parthenope (Italy), Namur and C-MAT Antwerpen (Belgium) universities.  Bruno Desart is certified Project Management Professional (PMP) by the Project Management Institute (PMI).  His additional areas of interests currently cover the development of drones services. 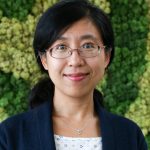 Prediction and Mitigation of Epidemic Spreading

Dr. Huijuan Wang is currently a tenured assistant professor in the Department of Intelligent Systems at Delft University of Technology. She has been a visiting scientist in the Department of Physics at Boston University since 2011 and in the Department of Electrical Engineering at Stanford University for the period April-August 2015. Her main research domain is data driven modelling of dynamic processes such as epidemic spreading, behavior contagion and cascading failures on interdependent networks. Targeting Problems include analysis, prediction and control of information, epidemic and failure propagation. She is currently co-chairing the Dutch Network Science Society and the Netherlands Platform of Complex Systems. 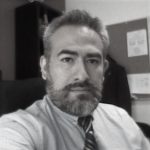 Dr Nosedal-Sanchez was appointed as Research Fellow by the National Council of Science and Technology (Conacyt-Mexico) on July 2018, since then he was commissioned to develop and undertake the research project “Coordination of humanitarian logistics activities due to hydro-meteorological events” at the Universidad Autónoma del Estado de México (UAEMex). As a full-time Research Fellow commissioned at UAEMex, his research and teaching activities cover the domain of Supply Chain Management with a special interest in Emergency Management and Humanitarian Logistics. On January 2019 was distinguished with the National Research Distinction (Level C). Dr Nosedal-Sanchez spent two years from May 2016 to April 2018 at York University as a Postdoctoral Fellow in applied research projects within the Advanced Disaster, Emergency and Rapid Response Simulation (ADERSIM) program. He has co-authored several journal articles, project reports, and conference papers arising from my participation in those research projects at York University. Dr. Nosedal-Sanchez holds a Master and Bachelor degree in Industrial Engineering, both from Universidad Nacional Autónoma de México (UNAM). He earned his PhD in Telecommunications Engineering at Universidad Autónoma de Barcelona, Spain. Dr Nosedal-Sanchez’s existing body of research work initially was largely been in Air Transportation: Air Traffic Management and Passenger, Baggage, and Freight Processes, and after completion of his PhD up to date, extended to Data Analysis and Decision Support Tools for Disaster and Emergency Management, and more recently Analysis and Improvement of Supply Chain Systems (commercial and humanitarian chains) using Simulation and Optimization methods. 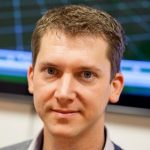 A computational simulation model of pedestrian navigation in interactive environments: from normal operation to the inclusion of social distancing

Dr. Roland Geraerts is with the Department of Information and Computing Sciences of Utrecht University where he has obtained a PhD on sampling-based motion planning techniques for virtual robots in 2006. With 3 PhD students, many staff members and 40+ MSc students, he has laid a foundation in large-scale agent-based (pedestrian) simulation, leading to 64 research papers and an h-index of 23. He developed a framework for simulation human crowds with 5 levels of movements, yielding realistic simulations. He initiated many crowd simulation projects, which lead to a simulation engine and program that is used in academia and industry. After following the UtrechtInc Science Venture program, he founded uCrowds BV, a company that offers a software solution and expert knowledge for simulating crowds in big infrastructures, events or virtual worlds. He is active in valorization and making valorisation policies. Outreach activities by his team include making crowd-flow optimizations for the Grand Départ of the Tour de France and Schiphol airport, evacuation studies for the North/Southline in Amsterdam, automatically capturing the daily operation and making predictions of passengers in St. Pancras station in London, and improving the safety of pedestrians in the 1.5-meter society.