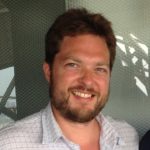 Dr. Branko Bubalo is an aviation expert with a focus on sustainable airport operations and benchmarking. He earned his PhD degree from University of Hamburg for his research on European air transport at the Institute of Information Systems, where he currently studies the challenges of electric mobility and decarbonized transport. He conducts basic research on air transport performance indicators, and he applies simulation tools, such as SIMMOD, to airspace and airport capacity and delay studies.
Dr. Bubalo has worked for more than ten years as a consultant for state-owned enterprises and government projects, funded by e.g., the EU Commission or the Norwegian Ministry of Transport and Communication. Dr. Bubalo consulted several airports and airport operators, such as AVINOR and Oslo-Gardermoen Airport in Norway, Seoul-Incheon International Airport, and Korea Airport Corporation in South-Korea.
His airport benchmarking studies covered various European countries and regions, e.g., the Baltic Sea Region, Scandinavia, France, the UK, and Germany. He is a member of the German Aviation Research Society (G.A.R.S.) and the Association of German Engineers (VDI). 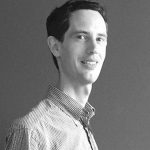 Neil Yorke-Smith is an Associate Professor of Socio-Technical Algorithmics in the Faculty of Electrical Engineering, Mathematics and Computer Science at the Delft University of Technology (TU Delft). His research focuses on intelligent decision making in complex socio-technical situations, with a particular interest in agent-based methodologies and behavioural factors in automated planning and scheduling. Previously, Dr Yorke-Smith held positions as a faculty member at the American University of Beirut, Lebanon, and a Research Scientist at SRI International, USA. His doctorate degree is from Imperial College London. Dr Yorke-Smith is a senior member of the Association for the Advancement of Artificial Intelligence (AAAI) and of the Association for Computing Machinery (ACM).

Simulation in the transportation sector

Anna Cristofoli currently works at RoyalHaskoning DVH as tranport modeler. She has a Bachelor of Civil Engineering from the University of Udine and Master in Transport & Planning from the Delft University of Technology. She has more than 4 years experience in the transport and traffic field, having worked on traffic management projects and more recently focusing on the road traffic macro simulation as well as pedestrian simulation at public transport platforms.

Nigel Birch has a background in civil engineering and major in Transport & Planning at TU Delft. His main focus at RHDHV is on the rail sector. He is experienced in simulations of railway infrastructure capacity studies and pedestrian flow studies within buildings and public transit stations. 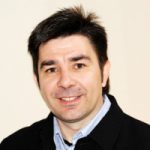 Jordi Casas is the Head of Research and Development at Aimsun and Professor in the Department of Statistics and Operations Research at the University of Vic, Spain. He holds a PhD in Statistics and Operations Research, as well as a Master in Computer Science Engineering, both from the Technical University of Catalonia. Jordi has been instrumental in the development and refinement of the algorithms used in Aimsun Next since 1997. Recently he developed several algorithmic improvements including a hybrid meso-micro simulator for use in a real-time decision support context. Jordi has participated in several Spanish, European and US Federal projects. Some relevant examples are MARTA (“Mobility & Automotion through Advanced Transport Networks”) where Jordi led Aimsun’s participation in the development of the pioneering anticipatory route guidance concept within the MARTA framework, aiming to offer centralised dynamic route guidance based on equilibrium-oriented traffic assignment, and SETA, an EU research project involving the development and testing of methods and procedures for mobility management in metropolitan areas. Jordi is an international expert in traffic simulation, has presented at numerous transportation conferences and has published extensively on the subjects of dynamic traffic assignment, calibration and integrated modelling.